how to fix a seatbelt buckle that won’t latch

What is a seat belt pretensioner

how to fix a seatbelt buckle that won’t latch 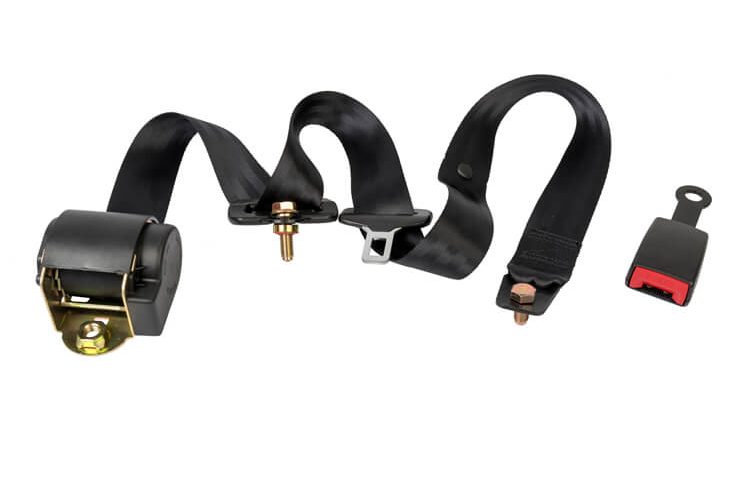 A seat belt has some other names as well such as safety belt or seatbelt. It is a safety device of a vehicle for securing its occupants against harm that might come. During a sudden stop or a collision, the driver has to endure a lot of damage. This mechanism is created specifically for such circumstances. The function of a seat belt is to decrease the possibility of death or a serious injury in the collision of a car by decreasing the force of impacts. It keeps the occupants safe by making sure that in a collision, the positioning of an occupant remains the same. When it is equipped properly, it proves to be quite effective in saving the life of driver.

Sometimes, the driver has to eject from the car when the vehicle rolls over. In such circumstances, seatbelt is there to save the driver. 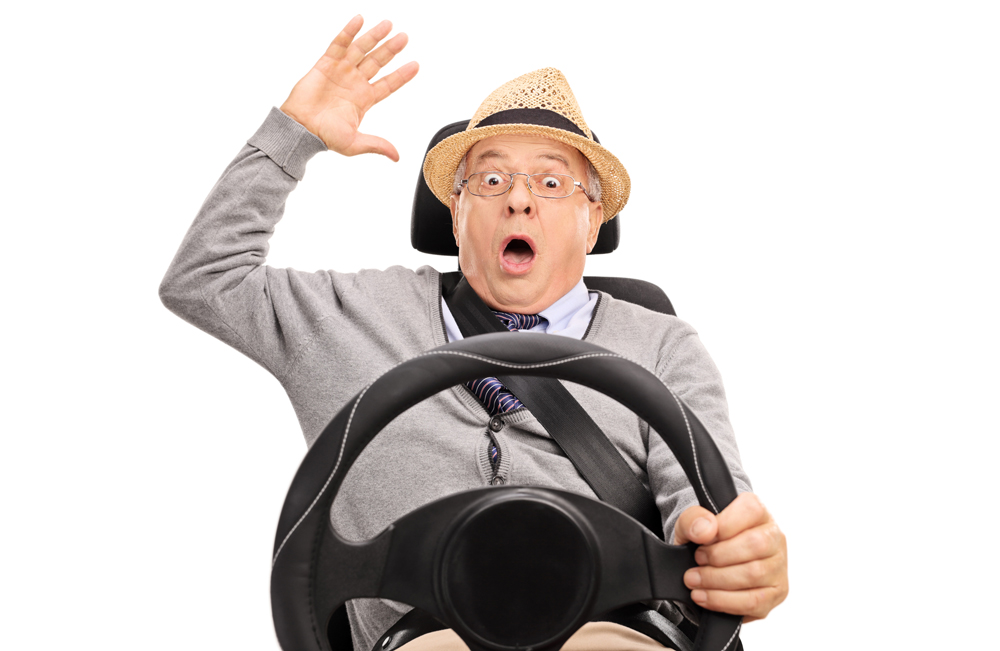 Seatbelt safety facts include when the car is in motion, the passengers and driver are also moving at the same speed. If the car somehow stops suddenly then the occupants would still be traveling in the direction. Their speed would be the same as car and it would be enough to throw them out of the car if they are not wearing seatbelts. When such a thing happens, seatbelts apply an opposing force to the occupants and it counters the force of car. Seatbelt safety facts also include that this is how it prevents all the passengers from falling out of the car. Seatbelts are PRS or Primary Restraint Systems because of their significant role in keeping the passenger safe.

Nils Bohlin, a Swedish Inventor was the person who invented the seatbelt of three-point. For Volvo, he came up with the idea for its modern form. He invented this seatbelt in 1959 as a standard equipment. Other than just designing a successful three-point belt, its effectiveness was demonstrated by in a study in Sweden. This study included 28,000 accidents.

In this world, something can hardly be perfect. When it comes to a seat belt and seatbelt safety facts, playing a critical role in vehicle safety, it is not rare to see a stuck seatbelt buckle holder. In such a situation, you don’t have to pull at it anxiously. In addition, you do not have to replace it immediately as well. It is actually among the many car problems that you should know how to fix. There are many convenient ways in which you can understand how to fix a seat belt buckle that won’t latch easily.

Before you go and learn the how you can fix the seatbelt buckle holder, here is what you should have:

This is the first step for repairing the buckle of a seat belt: 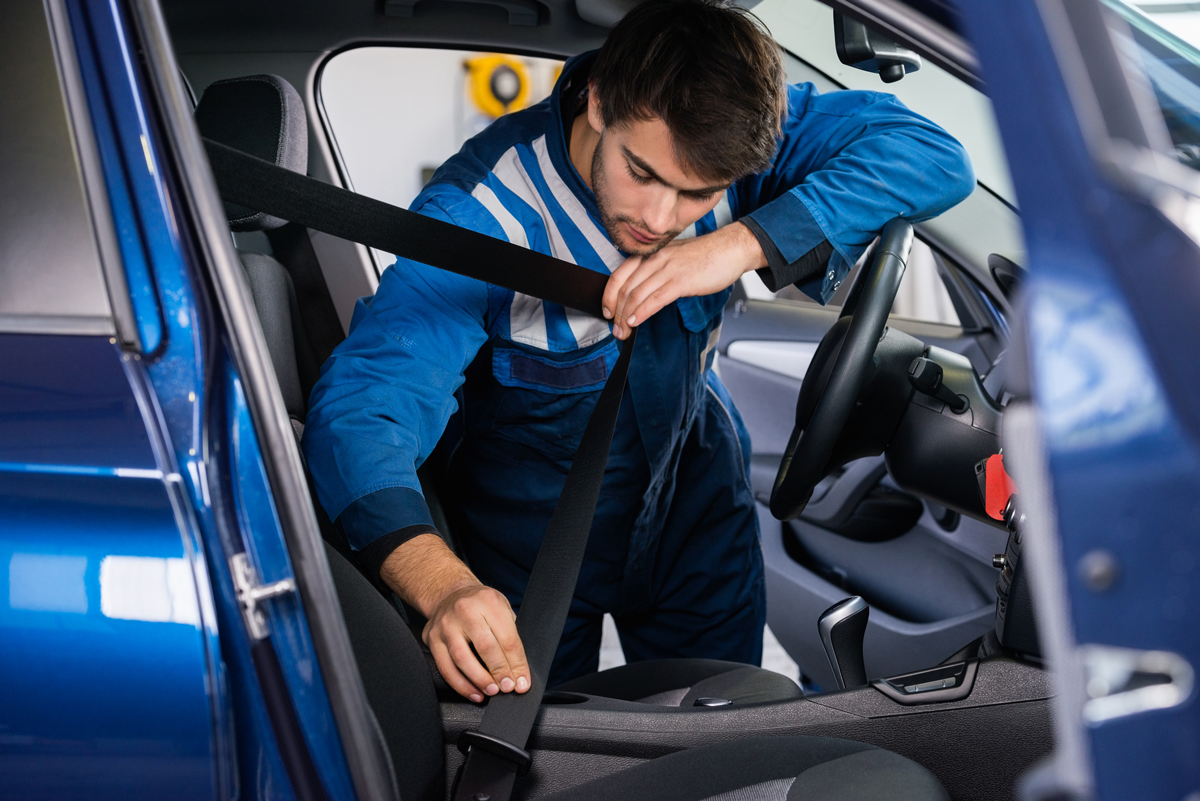 The very first step of all 6 steps in how to fix a seatbelt buckle that won’t latch is check the belt. You have to extend it fully and evaluate if there is something akin to an obstruction on the belt or not. If you spot anything sticky, you should peel it off.

Once that is clear, inspect the buckle’s male part to evaluate if something is present there or a part of it is out of shape. Once you spot anything, you can just clear it and set the seat belt right.

It can be said that the most likely case is that something is stuck in buckle’s fame part. Now, you have to take the butter knife or anything that is similar to it. Insert it into this part of the buckle and evaluate if there is any type of obstruction. This will clear that obstruction and now your buckle would work right.

If the obstruction is not small, you should get to the next step. The solution to a large obstruction is given in the third step and is concerned with the seatbelt cover.

Step 3: Take the Buckle Off

Now, process to take the seatbelt buckle holder off one side of the seat. Some might just need unscrewing while some others might need you to remove the whole seat. It depends on the car that you have. Neither is too difficult. After doing it, you can now take the buckle off. It depends on how well you handle the situation because there is no need to rush. You have to stay calm because your situation has a solution. For instance, taking the seat off might be difficult but you can just watch a video about it. This way, it will become easier for you to do so.

Step 4: Open the Socket up

Now that you have taken it off, you will be able to spot a socket between of the edges of the socket and buckle. You have to dissemble the seatbelt cover by loosening the screws and then take it apart. However, you have to ensure that you are gentle with your ministrations because you don’t want to damage it. There are springs inside and come off if you give a push.

In this step, you will be capable of seeing in the insides of the push button which is usually red. You will also be able to observe the mechanism including the cam and the springs in the seatbelt cover. Now, you have to push the button and observe just what is going wrong. Check both the cam and the springs before determining the issue. If you are able to find any obstruction, you can just remove from the way of springs. Once you have removed the obstruction, check whether the button is working properly or not. If it is working now, reassemble all the seat belt along with seat and lock it.

This is how you are able to repair the seat belt buckle holder. If it is still not repaired, read the last step of how to fix a seatbelt buckle that won’t latch.

If the springs or clam don’t move once you are pushing, odds are that you cannot repair it. In such a situation, the best solution is to purchase another seat belt and replace your broken one with it. Have a professional take a look at it and fix it.